My name is Ana Lucia and I live in Ljubljana with my husband Milan and our two children.

This weekend we had the opportunity to get to know the village Robidišče, a small village located on a hillside in the west of Slovenia and part of the Kobarid municipality. I was curious to know what a town could look like where there are only 12 houses and only 6 inhabitants.

When we arrived I felt as if we had reached the end of the world and we had travelled in time more than half a century; a couple of houses – stone houses with wooden balconies, a venetian Slovenian type of construction – and a cosy restaurant where its inhabitants meet in the afternoon for a drink and also tourists who have chosen Robidišče as their destination. Typical and delicious food.

The owners of the Farmhouse welcomed us very warmly. Then they showed us the whole place and told us that their idea is that people feel at home, and it is true, the couple of days I was there instead of feeling in a hotel I felt like I was visiting the house of an aunt I didn’t see for a long time.

The farmhouse belongs to a family that has always belonged to the community, so through them and their stories we were able to learn about Robidišče’s history, and how time, war and earthquake ended up turning an entire town into a couple of houses. Now the people who still remain try slowly to get it afloat and bring it back to life. Thanks to its authenticity and all the natural beauty that surrounds this place more and more tourists come to be in touch with nature, climb mountains, ride bicycles in all its endless hills and enjoy a swim in the Nadiža River, which they say is the warmest river of the Alps.

The first night the owners of the farmhouse made a barbecue for their guests (mostly families with children). My children were happy playing with the other children, roasting sausages and running around the trees. One word I could easily describe that night would be MAGICAL. A place that conveys peace, tranquillity, where you breathe pure nature, where there is no rush and where people in general are very friendly.

The next day, after a delicious breakfast in the garden, we headed towards a small museum / gallery that is right there in the farmhouse, where we could see exhibited photos capturing the life in Robidišče during the 1950’s. Some of these photos are still exposed on the outer walls of some houses in the village.

Then we took the road that goes from Robidisce to Kobarid. A few kilometres away from Robidišče is the Napoleon Bridge, a stone bridge over the Nadiža River. A spectacular place with endless natural pools. It is impossible to see this place and not want to take a bath. I, as a Colombian, like warm water, but I must confess that we all enjoy crystal clear water.

After a swim in the river we passed Kobarid until we reached the path that leads to the Kozjak waterfalls. It is a 25-minute walk to the waterfall that feeds the Soča river, but with children ages 5 and 2 it is a 40 minute walk. It is beautiful and a must do walk.

Between Kobarid downtown and the waterfalls you can find ˝The Italian line of defence˝, a path that leads from Tonocov grad to Soča River, which was finished by Italian soldiers during the First World War. Also in Kobarid is the Kobarid Museum, which presents the first world war and its memories of the Isonzo (Soča) front, but due to the graphic content of violence we decided that it was not appropriate to visit the museum with young children. Otherwise it is a must-see.

We went to lunch at the only restaurant in Robidišče. If you decide to go to this beautiful Village do not leave without trying ˝štruklji z orehi˝- dumplings.

After lunch we went again to swim in Nadiža River. This time in Robič.

On the way back to the hotel, the neighbour invited us for a drink, while all the children (family members of the residents or tourists) played in the middle of the street, running from side to side.

Highlights of this trip we had a lot, but the most remarkable is to look at the love that Robidišče people feel for their land, and that even living in a simple and modest way they live content with little.

There was not enough time to see everything, but we got a glimpse of what this place is and definitely we will be back ( next time with bicycles). 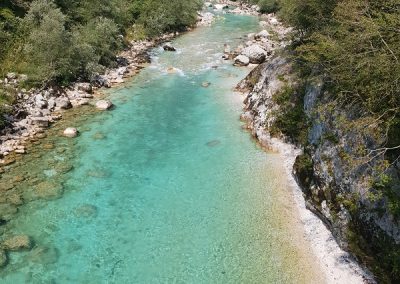 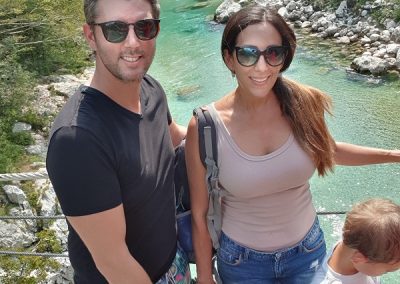 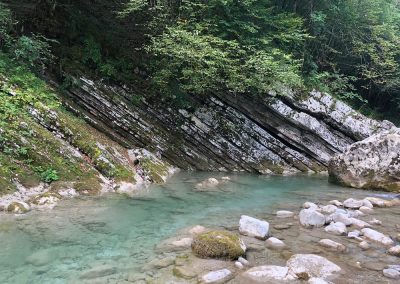 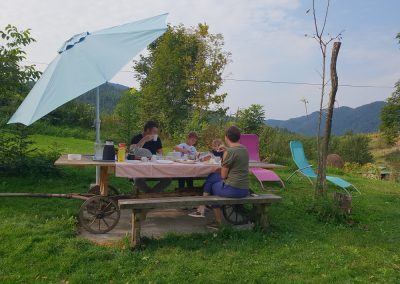 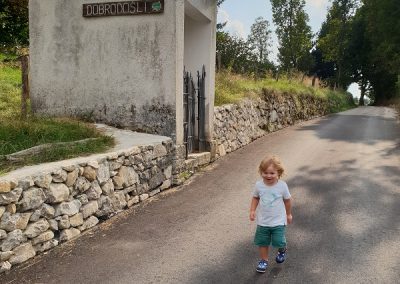 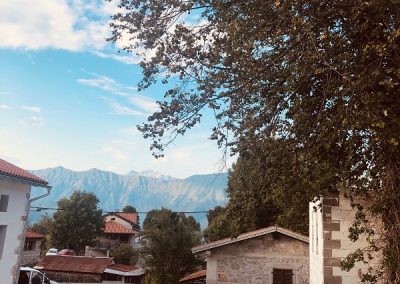 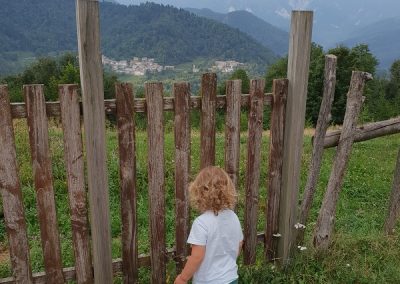 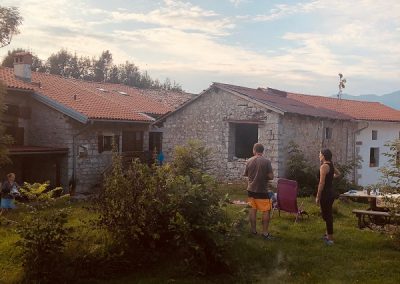 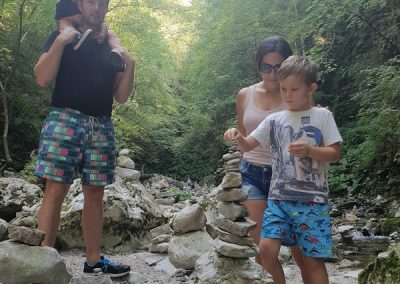 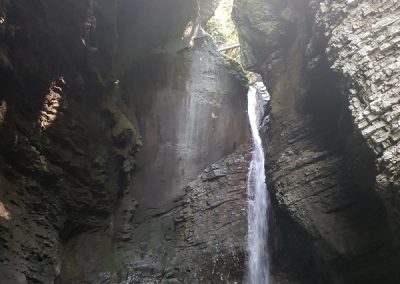 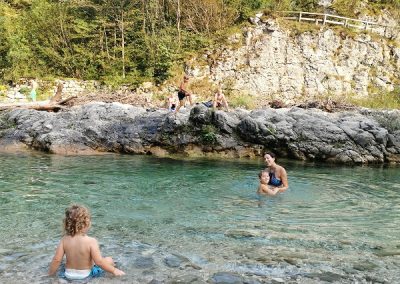 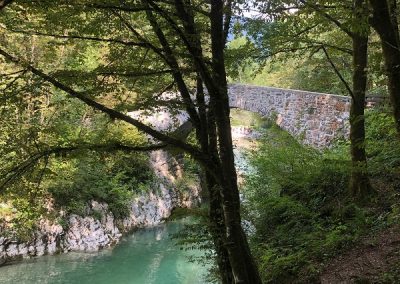 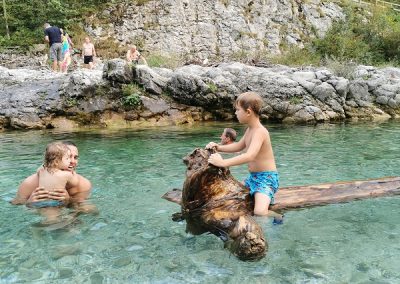