In the embrace of the mountains, discover the treasures of Kamnik and its countryside

When you think you know Slovenia, the so called “Little Green Piece of Europe”, you will be proven wrong in no time. As we lived in this country from 2003 – 2010 and are now back again in Slovenia since 2019, running an Institute for Education and Business Services, we thought we had seen pretty much of Slovenia. But the fact is, we are still getting surprised by the diversity of the landscape, cultural heritage, dialects and accents, food & drink, incredible initiatives and ambitious people – day by day. From 5th – 6th August 2022 Radio SI and the Tourist Information Centre Kamnik gave us the chance to discover hidden gems in the Kamnik region, that we passed by earlier travelling through Slovenia for years, without even knowing about them. But even Slovenians we talked to, were astonished by what we were shown and what was demonstrated to us in their neighbourhood.

We have reason to introduce you to what we have experienced in just two days’ time:

A guided tour organized by TIC Kamnik and conducted by Ana Gruden, who got us in touch with the hanging signboards, symbolizing the work and craft of her owners. Stories about secrets of the town, that might attract you to find out even more. Following “footprints” of mysterious Veronika, a mermaid or more a snake, up to Mali Grad, with its two chapels, one on top of the other and a wonderful view of Kamnik and the Alp mountains. Made possible by Friar Franci, a visit at the Franciscan friary in Kamnik, was a mere privilege. Friar Franci ushered us to the library with a collection of invaluable books, among them an original of the first Bible translated by Jure Dalmatin into the Slovenian language.

A break at the Restaurant REPNIK, only some few minutes out of Kamnik, gave us the chance to reflect what we had discovered so far, enjoying regional food and drinks, that were prepared and presented in a modern style and served with detailed information about the origin and nowadays production.

Refreshed and curious enough, we dived into the world of organic farming at Ekološka kmetija pri Vodiškarju, where Iris Golob opened the farmhouse of her husband’s ancestors, about 500 years old, and gave us an incredible insight into living conditions in the 17th Century. We enjoyed the hospitality of the whole Golob family and her products, close to the place where a mammoth skeleton was found in 1938.

We spend the night at Slovenia Eco Resort in Godič, close to Kamnik, sleeping in one of the little wooden houses of the Velika Planina style, shephards used to live in.

The second day, Nina Semprimožnik surprised us in Motnik with fairy tales of giant snails you may still find whenever you look out carefully, narrated by a Slovenian “colleague” of the Brothers Grimm, or Charles Perrault or Joseph Jacobs in a regional dialect, translated to high Slovenian just a few years ago. We listened to the story of the Rhino remnants, that were excavated in Motnik in 1910, and the network and festival of “Prangerijada” – the “Pillory Games” no one would have thought of, who really was tied to a pillory in former times. One can assume that we were offered a typical lunch with regional products afterwards as a logical matter of fact.

Even more incredible stories we learned at Sv. Miklavž na Gori, were Tatjana Cevec Drolc and her team are doing voluntary work, to restore and preserve the magnificent church and the remnants of buildings on top of the 757m high hill that is more than worth climbing it. And as the last step we were lucky enough to get acquainted with Sonja Kropivšek at Kmetija Pr´Gabršk, where we not only got to know how her father Jože and brother Kristijan cared for the 18 cows, all with an individual name, not just how her mother Helena made a unique cheese, but also how Sonja herself made Trnič, a traditional type of cheese of the Velika Planina shepherds. The tradition was preserved by just one old lady from whom Sonja learnt how Trnič is made, just some time before the lady passed away. This tradition and knowledge of a cultural heritage, that was a symbol for the region for centuries would have died with her if Sonja had not learnt this skill and teaches it in workshops she offers.

People like the 30-year old Sonja, who decided not to finish her studies in civil engineering, but followed her family tradition with modern approach and management adaptation, are the ones who stand for a young generation, that lives in our present times, but appreciates the values of what was created by generations of ancestors, in order to provide a sustainable deal with regional food production in a healthy environment, that is threatened already by the consequences of the climatic change.

Sonja Kropivšek, Tatjana Cevec Drolc, Iris Golob, together with their families and companions, are the ones, who keep cultural heritage alive, without asking for an immediate benefit. They therefore urgently need the support of a society, that has its benefit by the dedication of individuals like the people we had the chance to visit and talk to. The outcome of their work we experienced in these two very intensive days is valuable even far beyond Slovenia.

We would like to thank Radio SI and TIC Kamnik for the invitation and organisation of our trip into an unknown world just around the corner, and an experience partly out of time. And furthermore, we would like to invite everyone to do the same and support all the amazing people, initiatives and projects that do not just preserve a cultural heritage, but even more enrich our lives. 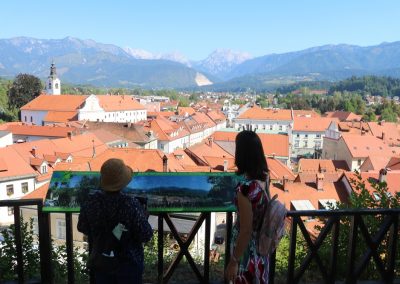 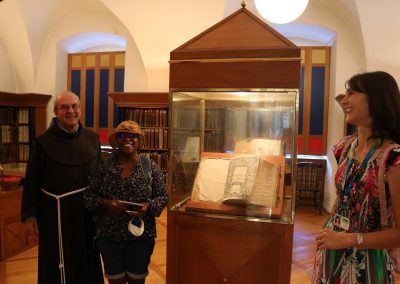 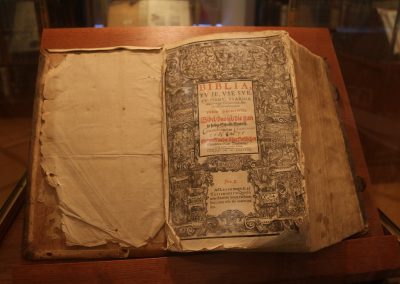 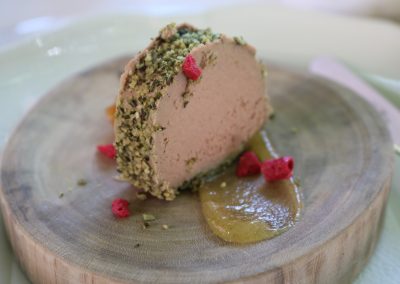 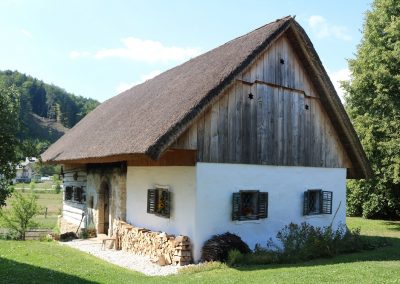 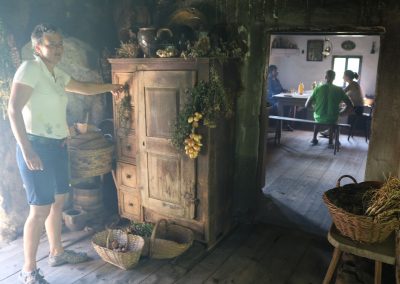 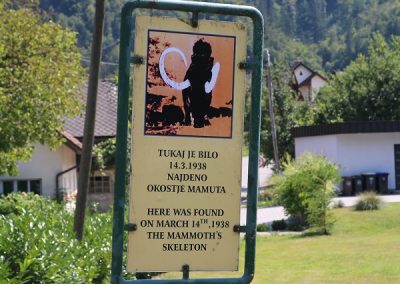 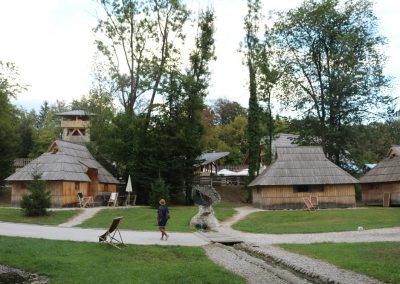 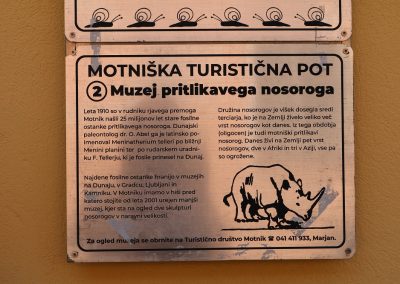 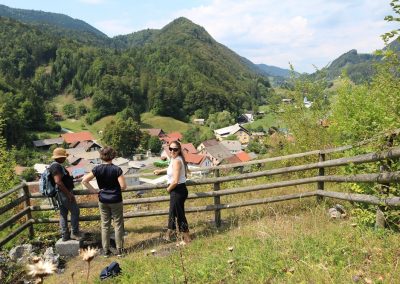 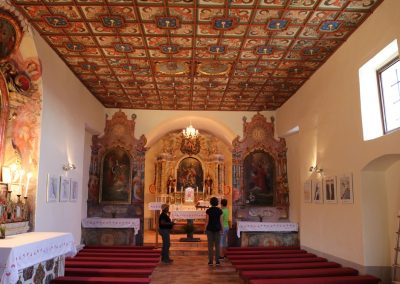 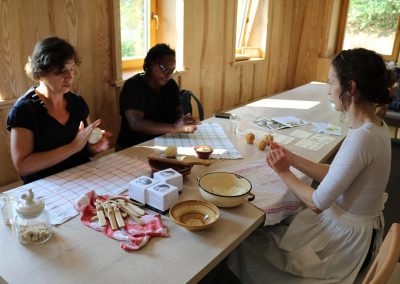 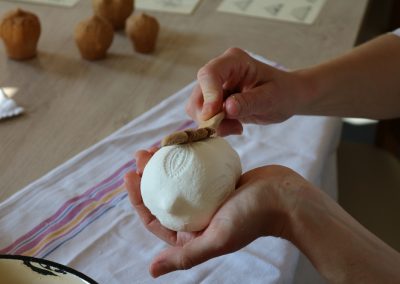 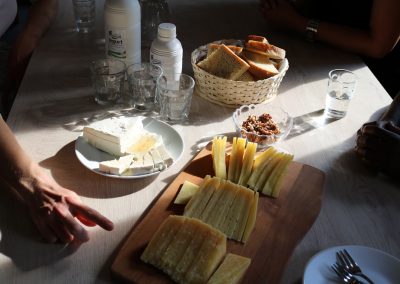